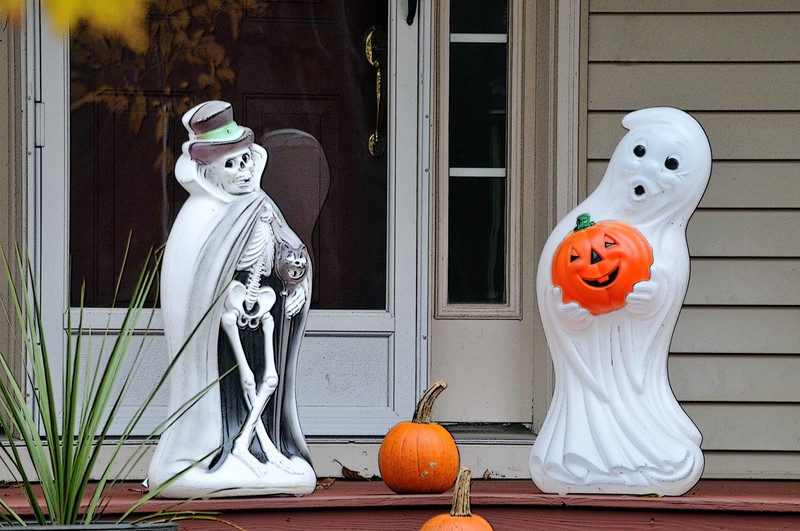 After a very busy weekend at the haunt, followed by an equally busy day at work on Monday, Becca drove home ready for a little relaxation. As she drove up her street, she felt her tensions ease. She loved her house and it didn’t matter how busy her day was or how many things were on her mind, everything melted away the moment she got home.

Her place wasn’t huge, but it had plenty of rooms for Becca to decorate for each season, which was what she had wanted. The house was a classic cottage with three bedrooms and two bathrooms. Originally it had been a two-bedroom, one-bath, but someone had added on at some point. Those additions gave her the extra bedroom and extra bathroom that made up her master suite. As most of the homes in her area were typically all the same, and a smaller style, she had been happy to snatch up one of the bigger ones on the street. And yet it wasn’t too big for her at all. She used one of the extra bedrooms as a guestroom and the other one as an office.

The house was a light gray with a bright white trim around the windows, doors and on the porch railings and columns. It had a deep dark rich red front door, which had been one of the things that had made her fall in love with the house in the first place. There was just something about a dark red door that said home to her.

She parked near the front door, and then walked down her long driveway to pick up the mail from the mailbox by the sidewalk. As she turned back, Becca found herself slowly walking back. She couldn’t help but to look around at the neighborhood and see all of the trees dropping their leaves, the cloudy skies above, and notice the cool breeze on her skin. Too bad it was getting late. She promised herself that the next day she would get home earlier and go for a walk. She loved walking around her neighborhood and looking at the classic architecture, the old massive trees.

Getting her fill of the sights of her pretty area, she looked back at her own house and couldn’t help but to smile at her porch. She had a vision for the porch when she had first moved in, picturing it as not only a place to sit but something that would set the mood for the entire house. She had wanted a porch that would be an invitation to friends and neighbors, either to come on inside and receive a warm welcome, or sit a spell and enjoy the scenery. It had taken a long while, and a lot of shopping at various thrift stores and estate sales, but she had finally achieved the perfect porch. At least it was perfect in her opinion.

Becca had come across the chairs at an antique store and couldn’t leave home without them. They were wooden and old and had chips in the paint but none of that had mattered to her. When she stumbled across them in the store, she knew she had to have them.

Currently hanging from the porch ceiling were about six witches hats. She didn’t always follow the latest trends when it came to decorating, but the hats were an exception. They made her happy and she loved the way the black complemented the other decorative elements.
During the summer she usually had a simple string of large white bulbs hanging from the rafters of the porch. For fall and Halloween, she added another couple strings: one in orange and one in purple. The resulting colors gave off a beautiful glow of Halloween and fall and coziness all at once.

Not that she was against scary decorations for the holiday; after all she ran one of the scariest haunts in town. But at home she liked to keep things more cute than frightening. The kids and parents who visited her house on Halloween night for trick-or-treating definitely appreciated it. The littles would come up and ooh and aah over the lights and the other decorations she would put out.

Becca’s favorite yard decorations included her Halloween blow molds. Some of them were actual vintage and some just looked that way. She didn’t mind if things were not vintage if they had the look that she wanted. She couldn’t afford to buy all of the Halloween antiques that their heart desired, so she settled for a little bit of both. Besides, she didn’t want a collection of outdoor items that were too precious to be displayed for fear they would get destroyed by the wind and elements. In her heart, decorations were meant to be used and enjoyed.

Right now her porch had more of a fall and autumn theme, with just a touch of Halloween. Though the haunt was in full swing, because it started the last weekend in September, she didn’t completely decorate her house for Halloween for another week. Then she would start going all-out on the Halloween decorations, turning her humble home into one of the most popular houses to visit on Halloween night. She couldn’t wait. Autumn truly was her favorite time of year.

Before the weather became too cold to sit outside, Becca would wander out on a Sunday morning to sit and enjoy the season. Sometimes she would get to do it on a weekday evening if she had the time on one of the nights the haunt wasn’t running. Except for the occasional cup here and there, coffee had never really been her thing. But she did love a nice cup of hot tea or a cup of hot cocoa with marshmallows. She would sit outside on her porch with mug in hand and watch the leaves fall from the large tree out front.

The old wooden chairs had a couple of blankets thrown on them, an addition she put out around the beginning of September. Luckily her porch was large enough to keep the blankets dry if it rained. But she still had to wash them every once in a while and maybe pick them up and flick off an occasional leaf that would make its way onto the porch. Between the chairs was a small table, which had a tin bucket filled with autumn-colored flowers.

On the two steps leading up to the porch and sitting underneath the table that held the flowers, there were a bunch of pumpkins of various shapes and colors. She loved when pumpkin season started every year. While she did have a few fake ones, actually quite a few, her favorites were always the real pumpkins, in all colors and sizes. They would end up as decorations all over her house, inside and outside.

Mostly, the fake pumpkins were used as jack-o’-lanterns. She liked making jack-o’-lanterns and she loved having them around, but she hated throwing them away when they would rot. So Becca would make a few every year that were real and then buy at least one new fake pumpkin and carve that one into a jack-o-lantern. She liked using different styles and patterns for carving and had built herself quite the collection.

Thoughts of Halloween celebrations made her think of the haunt, and suddenly Becca found herself remembering the mysterious stranger from the haunt’s opening night. Too busy to go into the mazes the rest of the weekend, she hadn’t seen him again.

Becca told herself that was perfectly fine; there was no reason she needed to see the handsome vampire again. She wasn’t looking for any sort of romance at this point in her life and besides, chances were that he was taken anyway. She had too much going on this time of year to let herself get caught up in a flirtation that would probably end up going nowhere anyway – if her last relationships were any evidence.

That’s what Becca kept telling herself. But no matter how hard she tried, images of the mystery man floated in her vision.

Her phone rang, pulling her from her thoughts and she jumped slightly, reaching to pull it out of her purse. She looked at the screen and saw that it was Nicky. Knowing her friend wouldn’t call on Becca’s evening off unless it was an emergency, Becca picked it up immediately. 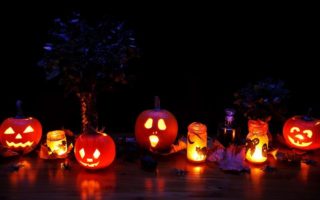 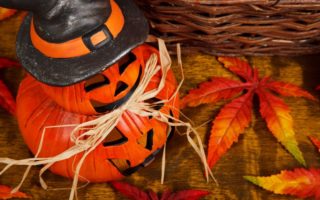 Romance at the Horribly Horrendous Halloween Haunt: Chapter One