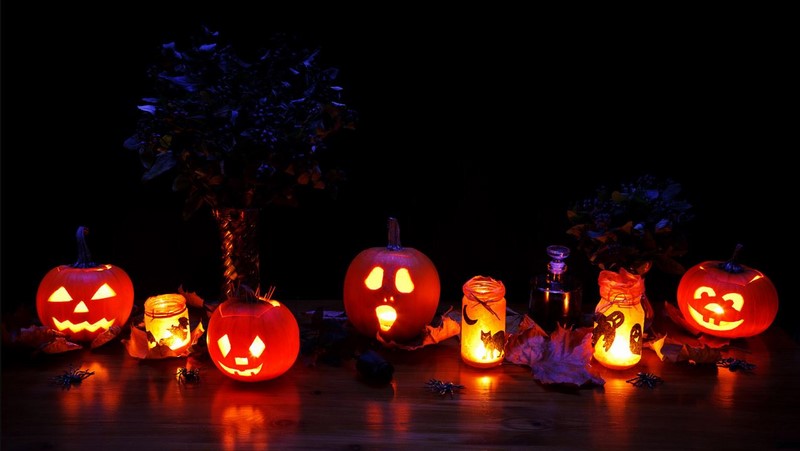 Once she sent the scare actors and other crew to their posts for the opening night of The Horribly Horrendous Halloween Haunt, Rebecca Thompson (“Becca” to everyone except her parents) walked around the sprawling grounds to check on everything. She handled a few last-minute issues, which were always expected the first night, and then finally sat down in her makeshift office – also known as a chair and desk in a small room behind the main concession stand. She had an opportunity to move into a larger room at one point, but she loved her little office, especially the amazing smell of caramel apples, fresh-made, hot pumpkin donuts and other treats.

“Are you going to do your walkthrough of the maze?”

Becca looked up and grinned.

“Nicky, you know me so well. I was just thinking it was about time I do my annual inspection of the maze,” she replied.

“Well, get to it girl! If anything comes up while you’re in there, you know I’ll handle it. We can live without you for a little while, now go!” Nicky pointed out the door, her other hand firmly planted on her hip in a no-nonsense attitude.

Becca laughed and did as she was told. She and Nicole Foster had been best friends since high school and there was no one she’d rather have as her second-in-command for the annual haunt maze and Halloween carnival.

Officially, Becca was supposed to be doing an opening night walkthrough to make sure that everything was going alright inside the maze. Maybe she should’ve been carrying a clipboard with a pen, marking off things as she went. Taking care to note any props that were missing or in disrepair, any actors’ makeup that wasn’t quite right, or anything else that would cause the haunt to have an issue.

In reality, it was her chance to go through the haunt and simply enjoy herself. Most of her cast and crew had been working with her for years, and they knew this was her favorite part of the entire process. After months of designing and coming up with different ideas, it was finally time to have some fun. In fact she was fairly certain that she enjoyed the maze more than anyone else did, more than the monsters who had a blast scaring people and the guests who also had a blast being scared.

Becca surreptitiously made her way to the front of the line. She hated the idea of skipping, but if she didn’t, she’d be there a while and as fun as this was, she did actually need to get back to running the festival. But no one seemed to mind. Most of the guests knew her and those that didn’t, could see from her official haunt shirt and badge that she obviously worked there. She waited a few moments until the gatekeeper (the name they gave the person running the opening to the maze) gave her the okay to go inside. They timed every entry so that each group would get the maximum amount of scares.

After getting the go-ahead, Becca went through the first door and plunged into instant darkness. It was a shock from the lights and sounds of the outside world: Exactly as she had designed it to be.

Becca purposely went through the haunt nearly by herself, making sure that the guests in front were well ahead and knowing that no new guests would be allowed to enter behind right away. She didn’t want to experience scares behind other people. She wanted them all for herself. This tactic also meant that there was no way she could hide behind anyone else. No excuses. It was up to her to make it through on her own. Even though she created the haunt and had a hand in nearly every aspect of its design, going through it for the first time fully set up with actors at every turn looking and acting like monsters, was a very different thing. She designed it to be scary, and scary it was.

She rounded another corner and suddenly there was a sound in her ear. Becca didn’t see where it came from at first. It was just there. It was a low growling, snarling sound and she felt the breath of it on her neck. It sent shivers up her spine, a sensation that she hadn’t quite experienced in a haunt before. She liked it. She looked around to find the source of the noise and could still see no one.

Then he appeared from the darkness.  A man dressed all in black with a short cape and a top hat on his head. He wore a long frock coat with tails hanging down to the top of his tall, black boots. His ruffle shirt was also black, but not the simple fabric of most store-bought costumes. It was luxurious and it went perfectly with the velvet breeches he wore. His dark hair was cropped and at a quick glance, he had the typical vampire makeup, with pale skin and dark red lips. With just enough eyeliner to bring out his eyes but not so much to overdo it. There was nothing about his ensemble that said cheap costume store or casual Halloween party. It was, in a word, beautiful.

Becca caught herself staring. She should really keep moving, but she couldn’t help it. She didn’t recognize the man but that wasn’t necessarily unusual. She had her hand in the design of the haunt maze but the casting of actors, the makeup, the costumes; all of these things were handled by her staff. So it wasn’t that strange that she would see somebody that she didn’t recognize.

The style of his costume and the elegance of its design spoke of a lot of time and care. It made her wonder if the costume actually belonged to the man himself. It simply fit too well. As if it wasn’t a costume that had been stored with all of their other festival costumes, but tailored to fit perfectly to the actor standing before her.

Realizing that she had stood there for way too long, Becca chuckled to herself and gave a small nod to the man who had given her such a good scare. He nodded slowly in return, giving her his own half-smile.

She continued her way through the haunt. As she went through each room, she enjoyed all of the different sights, sounds and scary gags that had been set up. The actors were truly on point. She jumped, laughed, and screamed a little (who was she kidding, she screamed a lot) at their skill.

Oddly enough, she found herself running into the mysterious vampire again and again. The maze was set up in such a way that the actors had access behind the walls. It allowed them to travel in and out of each scene seamlessly so that they could easily surprise their victims.

Obviously, the mystery man was using the back hallways as a way to frighten her over and over again. He stopped snarling after the first time, and instead just kept appearing out of the dark. She would find herself looking at one set of props or jumping and laughing at a different scare actor, and when she would turn to continue on her way, there he was. After a while, she began to look forward to his appearances. Soon, her face began to get warm every time their eyes would meet, before he disappeared once again.

In the final room of the maze, a particularly skillful actor created what could’ve been the best scream/laugh/jump Becca had ever experienced. Recovering her breath and turning to leave through the exit, she spotted him again.

If Becca hadn’t known better, she would swear that he almost broke character for just one fraction of a moment. It appeared he enjoyed the ridiculous show she had just put on and who could blame him? She’d just made a spectacular fool of herself.

Laughing a little, Becca gave him a small wave. The Mystery Man raised his hand to the brim of his hat, tipped it lightly and nodded, backing away around a dark corner until he was gone.

Becca left the maze with a wide smile on her face. Her staff would assume she had just enjoyed herself in the walkthrough and she would happily let them think that was the case. Deep down, she knew there was something more.

Romance at the Horribly Horrendous Halloween Haunt: Chapter One